It was not exactly a rescue, but something to that extent.

On my way to the mail box a few days ago, I just so happened to see a skunk scurry out of a neighbors lawn. Either due to natural extinct or more likely because I'm a scared looser, I booked it half way down the block in order to avoid the supposedly rabid and crazed skunk. After observing it for a little while, I noticed that yogurt cup (my name for the skunk....I bond quickly...) had an unusually all white head, but as I got closer I realized its head was completely stuck in a  yoplait yogurt cup! 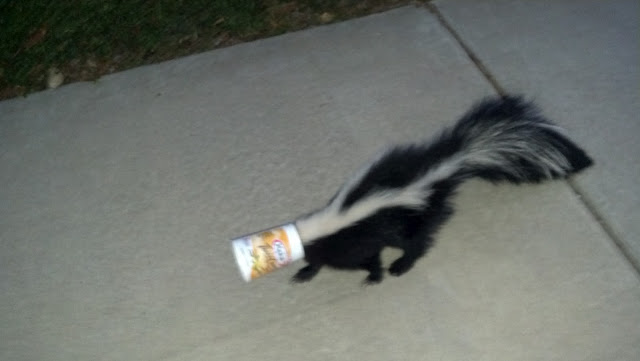 The poor thing just kept walking around in circles in the middle of the street. It eventually blindly made its way down into the main street, and I kept following it closely. I didn't want it to get run over by a car -partially because I didn't want the neighborhood to smell like skunk for the week and partially because I thought it was cute and I had already bonded with it! I also didn't want yogurt cup to suffocate because it looked like there wasn't much air going into that cup.... 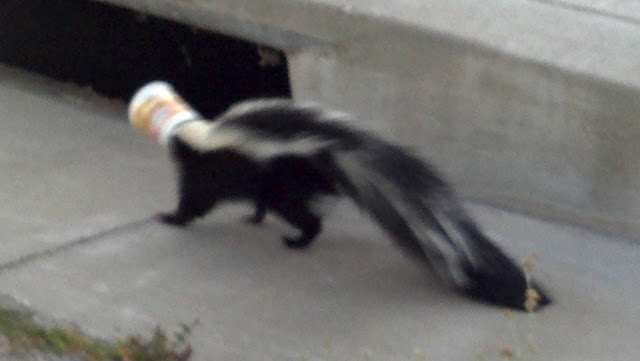 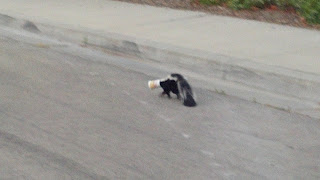 Anyways after making our way down the street a little bit more, I ran into a few neighbors and they saw my predicament. Luckily one of my neighbors was on a run with a friend and she stopped by to help. I 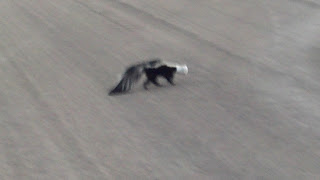 attempted to yank the cup off but it was REALLY stuck on there. Yogurt cup just got scared and raised its tail.....and I booked it 100 ft away. With the help of my neighbor we managed to contact the local animal rescue and after a half hour wait yogurt cup was officially safe. The rescuer said that yogurt cup was just a baby and malnourished. She gave the skunk some food and said she would watch him until he was ready to go back to where he belong.

It was an interesting experience. Never in my life did I see myself in such a situation. I was hugely relieved when yogurt cup was rescued and it made me feel very happy to know that he would be safe. I feel like originally I only followed the skunk because it was an amusing sight, but I'm happy that I was able to help in the end. Good luck in the future yogurt cup! I hope you keep away from neighborhoods and freeways....(bad places to be if you are a skunk) 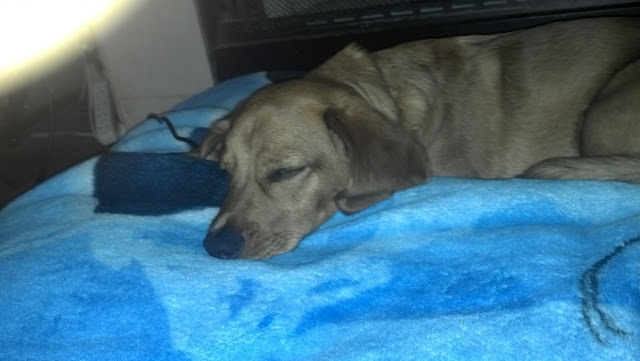 Noor
One of seven Billion humans trying to find her way through life....ok, more specifically, a college student with an awesomely large family- Hoping for a career in the health field- OD or MD? I got a year to figure it out. 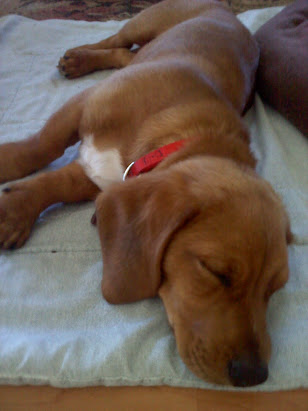 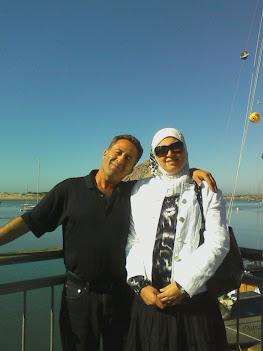 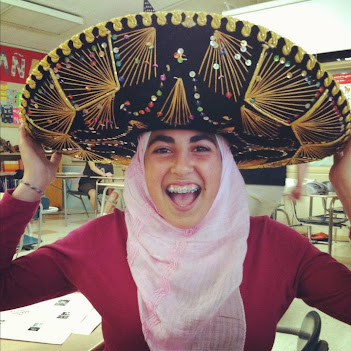 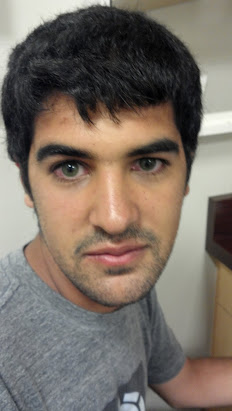 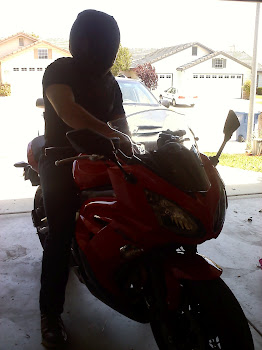 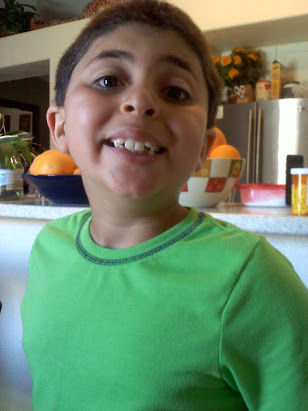 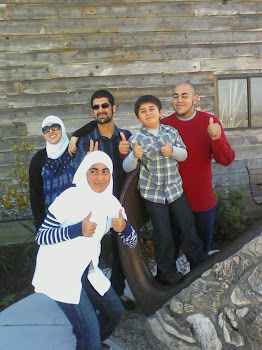 *nobody is looking in the right direction!!- We are all equally retarded.